On 13 September 2022, we had the honour of attending the premiere of Tomáš Bojar’s film Good Old Czechs, of which we are a sponsor.

The film from NOW Productions tells the story of Czechoslovak RAF pilots František Fajtl and Filip Jánský and their journey from occupied Czechoslovakia, through France, the Battle of Britain and the Eastern Front back to liberated Prague. The story is uniquely built on only contemporary archival footage through the personal experiences and narratives of both airmen, allowing viewers to relive historical events and moments of wartime life and see them through the eyes of both heroes as if they were happening here and now. Read more about the movie here.

The premiere took place in the beautiful premises of the Lucerna Cinema, whose renaissance style added to the film’s period atmosphere. Before the screening, the audience had the opportunity to listen to speeches and thanks from producer Gordon Lovitt, director Tomáš Bojar and others who participated in the creation of the film, last but not least, Jitka Režná, the daughter of General Fajtl, thanked and wished a pleasant experience.

The screening was very impressive and we believe that the story will reach many viewers. The film is now playing in cinemas all over the Czech Republic, and the premiere in Slovakia will take place on 18 October. Czech Television viewers will have the opportunity to see Good Old Czechs in the first half of next year. 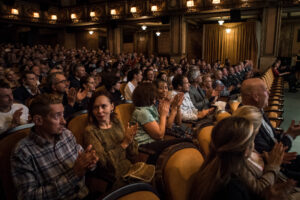 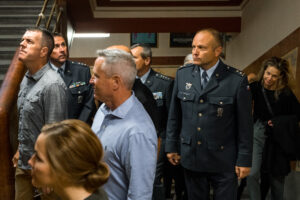